After almost a year of work, the Sadi-Carnot bridge in Sète has been successfully opened to traffic.

To remedy the obsolescence of the old bridge and to ensure the safety and fluidity of the movement, the Occitan Region / Pyrenees of the Mediterranean has replaced the old bridge Sadi Carnot of 70 years, respecting the budget of 10 M €.
The work was entrusted to two companies: NGE for the civil engineering part and Baudin Châteauneuf for the construction of the bridge. The design of the bridge has been modernized, while maintaining the circular distribution system.
Acciaieria Fonderia Cividale, winning the competition with worldwide competitors, producing for Baudin Châteauneuf all the racks that allow the bridge to be raised for the passage of boats.
The work was completed in record time, respecting the delivery times and the high quality standards required.

The new bridge arrived in the port of Sète on 21 May.

The new Sadi-Carnot bridge was officially inaugurated on Monday 22 July at 6:30 p.m. in the presence of Carole Delga, President of the Occitania / Mediterranean Pyrenees Region, Kléber Mesquida, President of the Herault Department and François Commeinhes, Mayor of Sète. 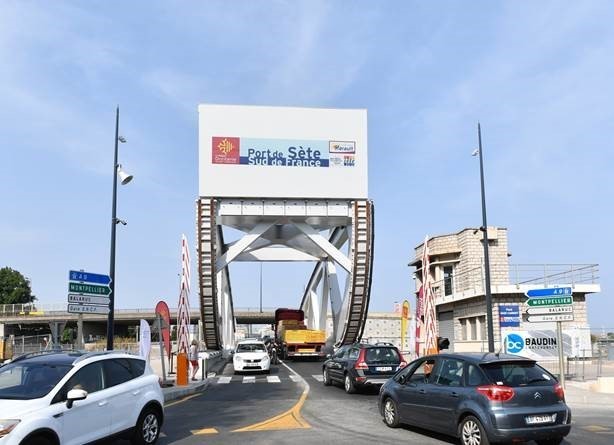